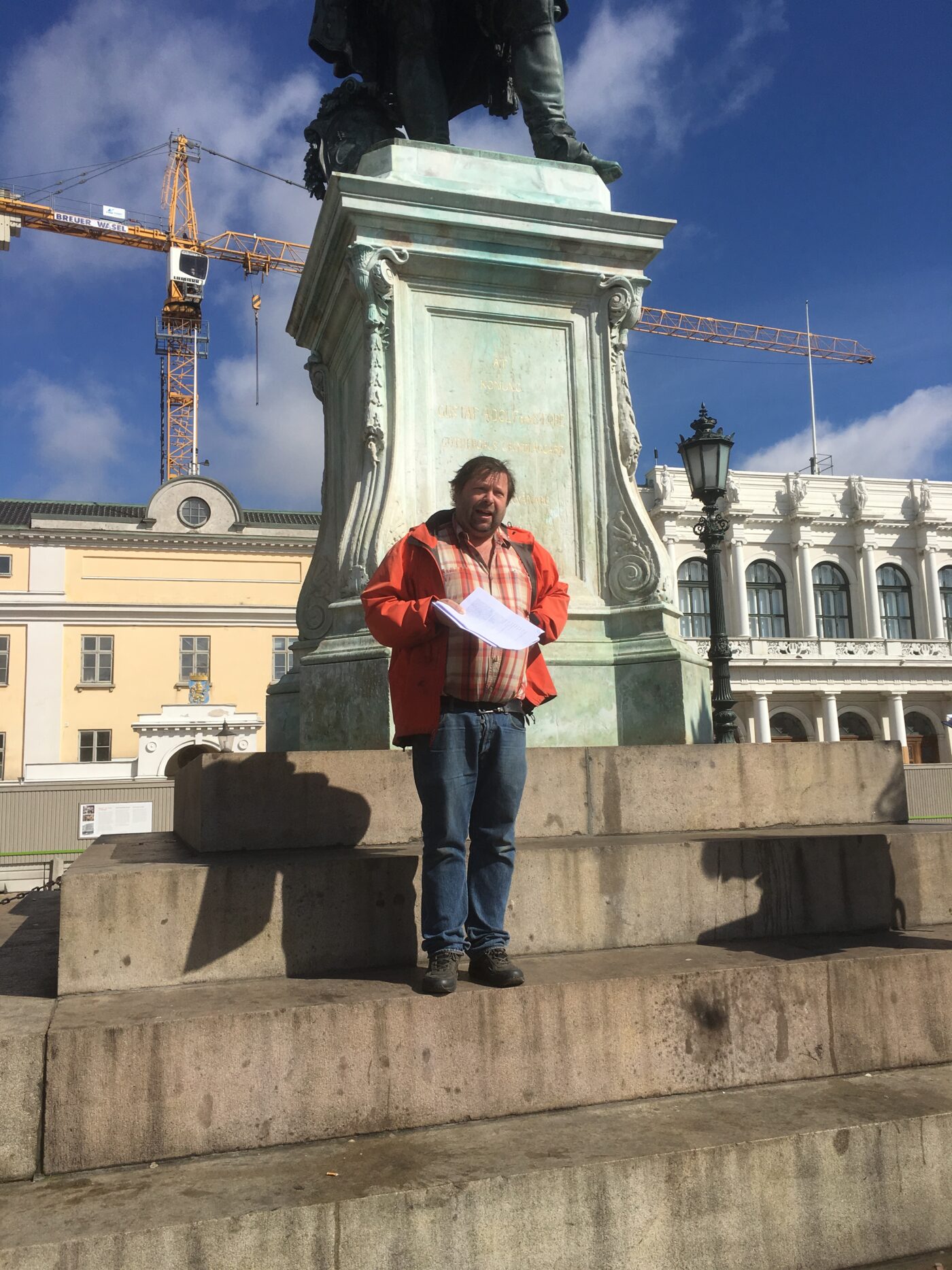 The Geological Society’s Hiärne Prize for significant popular science activities in the field of geosciences will be awarded to Erik Sturkell in 2020.

Erik is a professor of geophysics at the Department of Earth Sciences, University of Gothenburg. The Gothenburg University magazine sciencefacultymaganzine.se states that “it is easy to be infected by Erik. Of the enthusiasm. The joy of storytelling. The kindness. To be overwhelmed by his extensive knowledge of geology ”.

The enthusiasm and joy of storytelling has been expressed, among other things, as an extensive popular science activity in written media as well as in radio and television, where Erik has popularized geology and geophysics. Already in his dissertation, Erik showed this vein when he illustrated the meteorite impact in Lockne in a humorously rendered comic strip with typical sounds from the impact!

Since then, Erik has participated in countless contexts to popularize volcanology which is close to his heart. He has been a frequent guest in morning programmes in the Swedish radio, where he has passionately explained how volcanoes work and how meteorite impacts have affected the earth.

He is known to many for his lively way of describing geologists on film and for his way of statistically describing whether these geologists are counted as evil or good in the films. This has been described in the Geological Society’s popular magazine Geologiskt Forum. Another example of Erik’s activities is the excursion guide on facade stones of well-known Gothenburg buildings aged from 1790 to 1944, which Erik compiled together with colleagues in Gothenburg.

Together, this makes Erik a worthy winner of the Geological Society’s Hiärne prize 2020.

At the award ceremony in Uppsala on November 11, Erik will give a lecture. More information about this will come a little later.